Servo disc brakes were invented by Homer T Lambert in the early 1940's. Whilst they have been used on passenger cars they found most favour when submerged in oil in the back axle of an agricultural tractor.

The brakes in use today employ multiple brake plates like a motorcycle clutch. They are forced together by the action of a ball ramp expander mechanism. 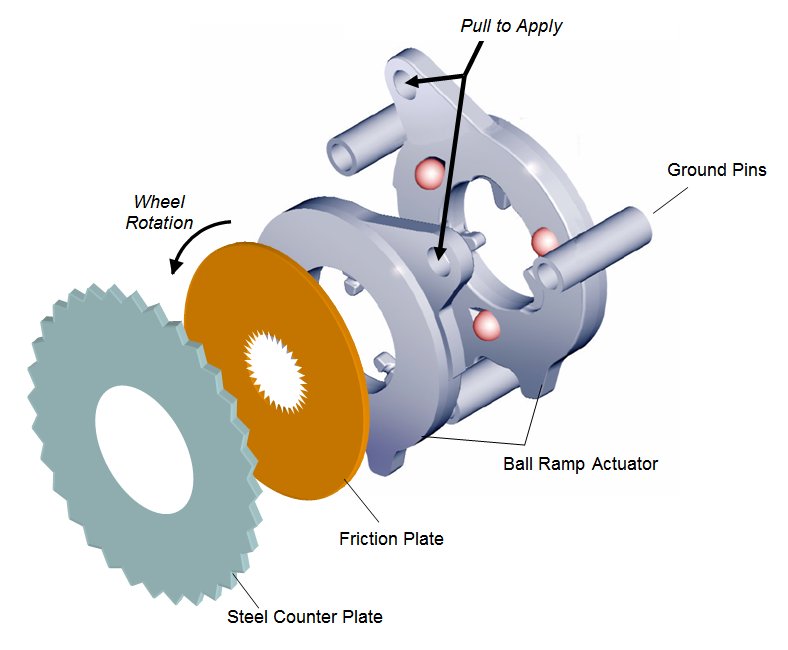 With the wheel rotating in an anti clockwise direction, when the brake is applied both ramps initially move together and the balls expand the mechanism. Contact with the moving friction plates causes the whole actuator to follow them until the ramp at the back in this picture contacts the ground pin. From then on the friction plate shown tries to drag the nearest ramp further on causing a servo effect. When reversing, the friction plate at the back of the expander, not shown, causes the servo effect.

This type of mechanism only uses one friction face to servo the brake on. It is possible by keying the first counter plate, shown, to the ramp rather than to the axle housing to utilise three friction faces. This gives a very high servo effect with brake factors nearing 7 to 1.

The ball ramp expander can be arranged to be pulled on using link rods or pushed on using a wedge mechanism. With a suitable mechanical mechanism it is possible to incorporate the parking brake mechanism with the service brakes. 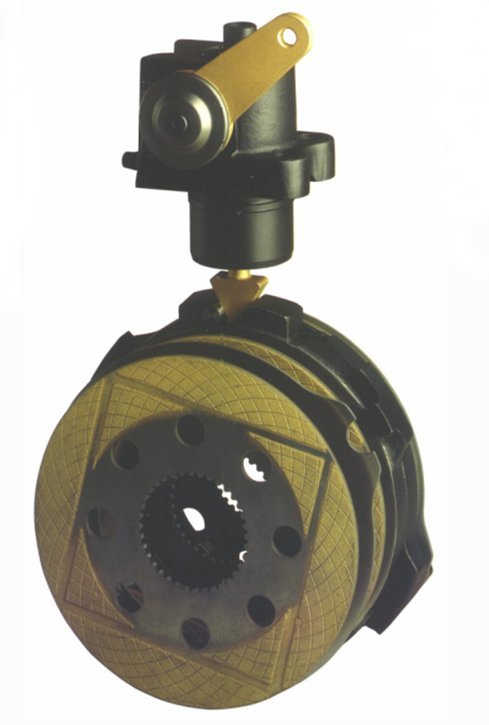 Putting the servo mechanism directly at the brake allows the rest of the system to run at reduced stress, for example the hydraulic pressure could be reduced to about 25% of that used in an actuator boosted system.